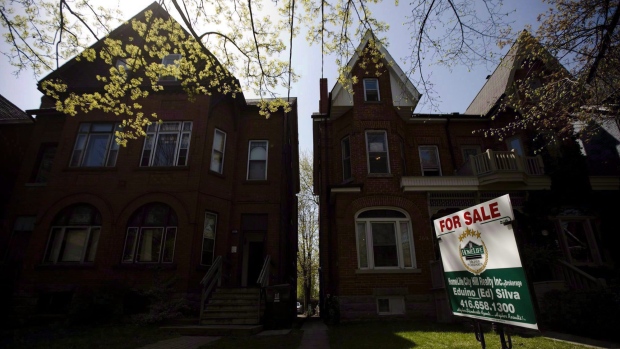 Ontario will take steps next week to deal with rising house prices, but it will not follow British Columbia’s lead and impose a tax on foreign buyers.

Finance Minister Charles Sousa says “something has to be done” to help people deal with soaring home prices in Toronto, especially first-time buyers who find it nearly impossible to save a big enough down payment to enter the market.

But Sousa says he doesn’t want to do anything that would adversely affect real estate markets in neighbouring communities, and he wants more data on the impact of B.C.’s foreign buyer’s tax in Vancouver.

Home sales in Vancouver began to dip before the 15 per cent tax on foreign buyers was implemented in August, but those declines have accelerated since, plunging nearly 39 per cent last month compared with October 2015.

Sousa will outline Ontario’s plan to address housing affordability in next week’s fall economic statement, but wouldn’t say if he plans to offer tax breaks to first-time buyers or take measures to help lower prices.

The Ontario government is moving to double the maximum tax rebate offered to first-time homebuyers while boosting the land-transfer tax on house purchases above $2 million.

Finance Minister Charles Sousa made the announcements in his fall economic statement, delivered in the provincial legislature on Monday afternoon. The changes are to take effect on Jan.1, 2017.

“Purchasing your very first home is one of the most exciting decisions in a young person’s life, but many are worried about how they will be able to afford their first condo or house,” he told the Legislature Monday. “Improving housing affordability will help more Ontarians to participate [in the housing market].”

Sousa said first-time buyers won’t pay any land transfer tax on the first $368,000 of a purchase price, and they will become eligible for a rebate of up to $4,000 in provincial land transfer tax, levied on the purchase of every house and condominium. Meanwhile, the land-transfer tax rate on the amount of a purchase above $2 million will rise to 2.5 per cent, from the current rate of 2 per cent.

Government officials say the tax increase on luxury homes will bring in about $105 million annually, and that will fund the increased rebate.

TD Bank increased their prime rate for mortgages yesterday by 15bps to 2.85%.  This will only affect the clients that have variable rate mortgages.  The other banks have not followed yet, however it normally does not take long for the big 5 banks to follow one another.  Here is the news article:
http://www.cbc.ca/beta/news/business/td-bank-mortgage-prime-rate-1.3830878

Toronto Dominion Bank has become the first major lender to hike its mortgage rates after Ottawa’s move last month to change some of the rules that govern insured mortgages.

The bank’s mortgage prime rate is rising 0.15 points to 2.85 per cent, effective immediately, after it had remained steady for 15 months.

Only customers with variable rate mortgages will be affected, the bank said in a statement, while fixed-rate customers should see no change. Other products such as lines of credit are not affected.

“We regularly review our rates and adjust them based on a number of factors, including the cost that TD pays to fund mortgages,” the bank said. “Increasing our rates is not a decision we take lightly. We consider the impact on our customers before proceeding with any rate change, and we communicate directly with customers whose loans or mortgages are affected.”

It’s rare for the big banks to leave much gap between themselves on their prime lending rates, so other major lenders are expected to follow suit. CBC News has reached out to Royal, CIBC, Scotiabank and BMO for comment, but none was immediately available.

James Laird, a co-founder of rate-comparing website RateHub and president of mortgage brokerage Canwise Financial, says he can’t recall the last time a major bank moved its prime lending rate out of step with the Bank of Canada, which has been on the sidelines for all of this year and is next scheduled to meet next month.

“That being said, there’s been some very major changes to the mortgage industry,” he said in an interview. “This could be in anticipation of higher funding costs when the new rules come in.”

In addition to a new stress test for borrowers, Ottawa also implemented new rules set to kick in at the end of this month that will make many types of mortgages ineligible for bulk insurance — which is one of the cheapest ways for lenders to insure their loans.

That means in less than a month, many lenders won’t be able to cut their costs by packaging their mortgages together and selling them to investors. That will raise the cost of mortgages everywhere, especially for non-bank lenders.

So TD moving to raise their mortgage rates could be a way of getting out ahead of those changes, Laird said.

“Without being able to ensure those mortgages,” Laird said “we can point to that as a likely reason for today’s news.”

This is your first post. Edit or delete it, then start blogging!